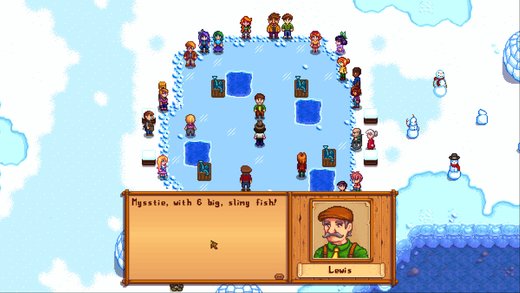 I won the fishing contest during the Festival of Ice celebration in my second winter season! Ok, I will admit I did install the easier fishing mod as it was simply impossible to catch a damn thing before it. I didn't catch a single thing the first year. LOL.

I think there was an actual announcement on the screen but I forgot to grab a shot of it. Dang it.. Always forget to get screenshots.